How to Fight the Flu

II. What are the causes?

III. Are you at risk?

IV. How do you know if someone has it?

VI. Already caught it? Turn to medication for help

While the typical flu season around fall and winter is considered over, don’t count the flu out just yet. According to the CDC, the peak of the flu season has happened anywhere from late November to March. [1] During this time, and even to a lesser extent throughout the year, around 5–20% of Americans will catch the flu. [2]

So, how does that affect you? The flu is just a stronger version of a cold, right? No, the flu is something you should take much more seriously. While many recover from the flu, it’s clearly a strong enough illness that leads to pneumonia and even fatalities. So one of the most important things you can do to maintain your overall well-being is to learn how to fight the flu.

For more information on how you can do just that, read on. After all, knowledge is power!

What is the flu?

Also known as influenza, the flu is a highly contagious illness. Simply touching a surface that has the flu virus on it and then touching your mouth, nose, or eyes can infect you. For a couple of days, you might not even know that you have it. It will typically take adults a day or two before symptoms show up. During that time, as well as around seven days after becoming ill, they’ll be highly contagious. This makes your efforts to avoid the illness quite difficult if you aren’t prepared. 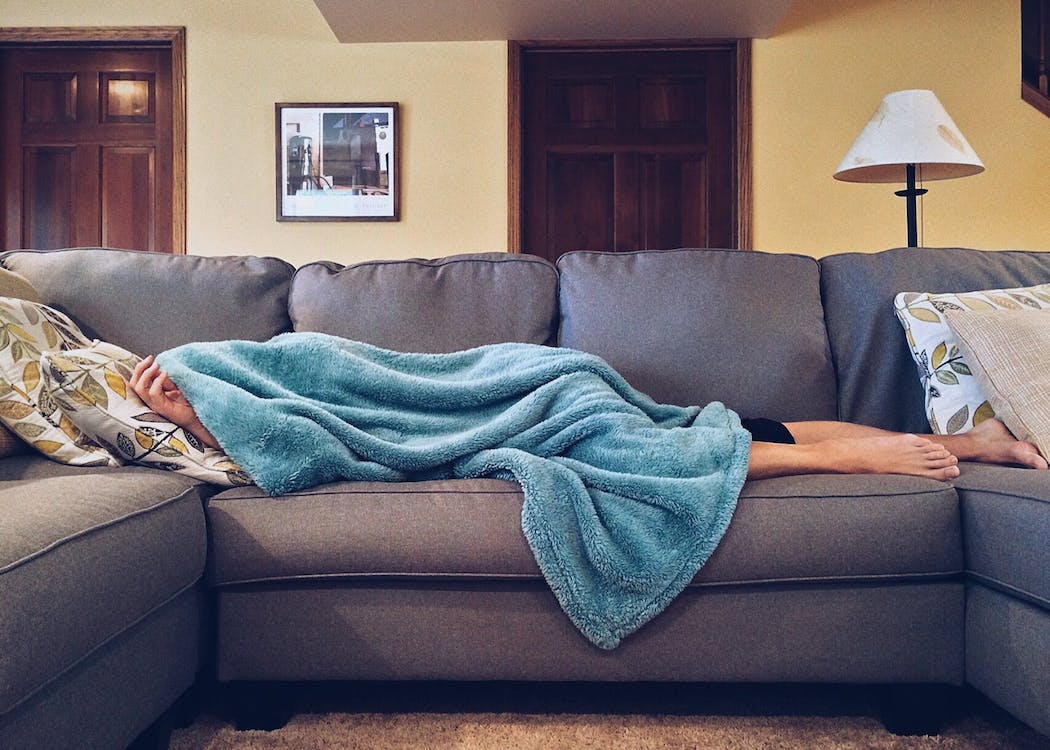 What are the causes?

There are a few key causes of the flu.

A number of different viral strains cause the flu, but the main groups of these strains fall under influenza A, B, or C.

Most seasonal flu outbreaks come from the strains under influenza A. Less common are the seasonal outbreaks from influenza B, as they strike every two to four years and generally pose less of a problem.

Even milder than influenza A and B is C. This particular group of strains has yet to cause any epidemics.

If we have medication and vaccinations for the flu, you may wonder why the illness hasn’t disappeared entirely. But as mentioned previously, there are many strains of the flu, and those strains are always drifting or shifting.

Drifting is when viral strains go through an antigenic drift. Small changes in the virus’ genes occur over time as the virus continues to replicate itself.

Shifting is when viral strains go through an antigenic shift. This change is much faster than an antigenic drift. It is an abrupt, major change that influenza A viruses go through. Such an abrupt shift creates new subtypes of the viral strain that the human body is not yet used to and therefore more susceptible to catching.

The most noticeable cause for people getting the flu is from other people. Those who have the flu can spread it to many others, even if they are up to six feet away. Infected people share the flu virus through droplets made from coughing, sneezing, or talking. And these droplets travel airborne and land on a number of commonly touched surfaces and objects. 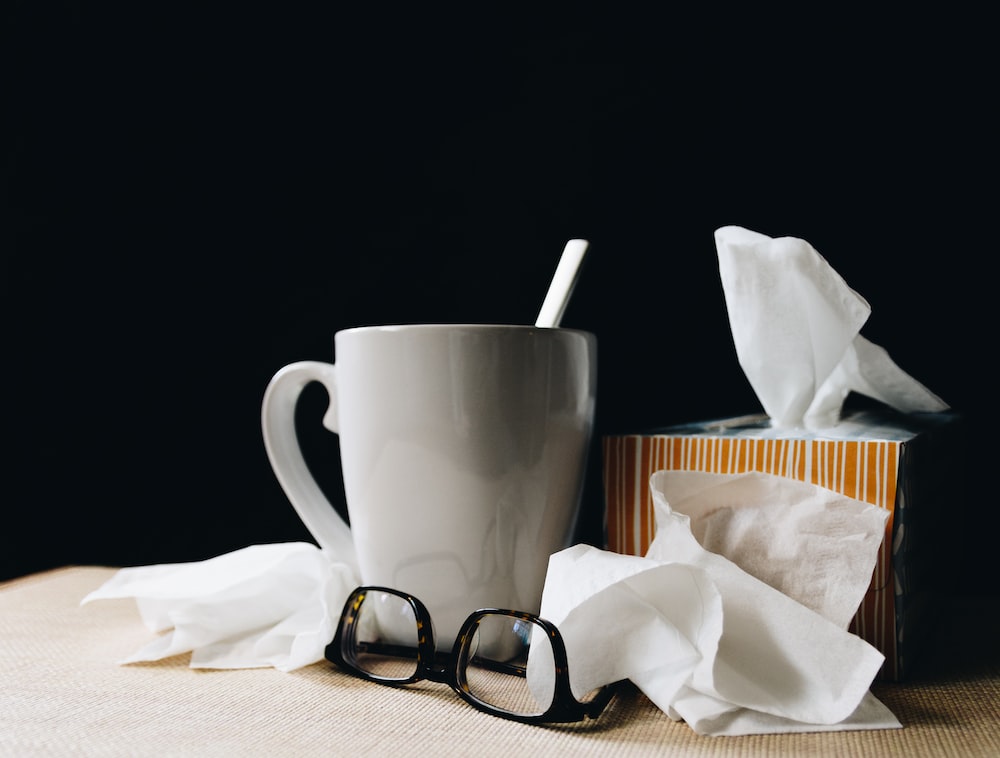 Are you at risk?

One way you can prepare yourself against the different causes of flu is to determine how high a risk you are for a severe form of the illness.

While the flu can have deadly consequences, it doesn’t mean you are going to be on the receiving end. Many people who do catch the flu just get the mild form of the illness. They won’t need special medical care, antiviral drugs, or any other form of serious treatment. They’ll just need some time to rest and recover. And you could be one of them.

Conversely, you might not be one of them. So, how can you tell?

The CDC lists a number of high-risk categories that people can fall into for severe flu complications. Some of these include the following:

Do you happen to be part of one or more of these categories? If so, don’t panic. You may be at a higher risk for severe flu complications, but it doesn’t mean you’ll immediately get the flu. [3]

How do you know if someone has it?

A way to lower your risk for the flu is to try to avoid those who already have it. It’s not always feasible, but whenever possible, you might want to look out for signs that include the following:

The American College of Emergency Physicians notes that the common cold has milder symptoms. With a common cold, you’re likely to expect an initial tickle in your throat, a change in nasal discharge, and sneezing. You might still experience fever, fatigue, and muscle aches, but they are typically very mild compared to the same symptoms from the flu.

So, your best bet is to look out for the differences between the two illnesses. If you’re dealing with a tickle in your throat alongside symptoms you might get from the flu or the common cold, then you’re likely dealing with a cold, not the flu. The same holds true in reverse.

Don’t forget to bring up any symptoms with a doctor if you can. A health-care professional will have more knowledge to diagnose the illness you’re dealing with. [4]

To avoid having to worry about going to a doctor at all, practice preventive measures. If you make sure that your routine involves activities meant to lower your risk for the flu, you’re more likely to enjoy a season without the illness.

A couple of preventive measures that you can take involve vaccinations and regular hygiene.

While there has been some controversy surrounding vaccinations lately, you should still consider them. After all, they were designed to help your body protect itself against illnesses.

If you worry about how safe vaccines are, worry not! Vaccines go through rigorous safety testing. In fact, they need to go through years of safety trials. These trials involve vaccines getting tested and evaluated by the FDA before being licensed or recommended for use. They are also continuously monitored for safety.

After each vaccine has passed its safety testing, a person like you can be inoculated. Your body gets injected with dead forms of the flu virus. This action may sound dubious, but it actually helps your body’s immune system identify and remove the virus without having to go through the process of getting sick. That way, the next time that virus shows up in the body, the body can fight it off quickly and avoid catching the flu. [5]

Vaccinations aren’t your only form of defense against the flu. As shown by a study from the Nanchang Center for Disease Control and Prevention, some of the best ways to protect yourself against the flu include regular hand-washing with soap or hand cleanser and avoiding frequent hand-to-face touching. So make sure to keep both actions in mind throughout your daily activities, and don’t forget to add other hygiene practices like cleaning and disinfecting nearby areas at home or at your work desk. [6]

Already caught it? Turn to medication for help.

As you read through this article, you might have come to the realization that you’ve already caught the flu. Or maybe your doctor has already diagnosed you with the illness. Whatever the case may be, you can still fight the flu in your condition. Just seek out some pharmaceutical help!

Your doctor will likely prescribe you with a flu-fighting prescription medication like Relenza, which you can order for a more affordable rate through a licensed online Canadian pharmacy referral service like Canada Med Pharmacy. This medication is an antiviral that blocks the flu virus from acting any further in your body.

Conversely, you may be assigned a newly approved prescription like baloxavir marboxil. According to the New England Journal of Medicine, this medication needs only to be taken in a single dose to reduce the effects of uncomplicated influenza.

However, your doctor chooses to help, know that there are plenty of ways to fight the flu and diminish the effects it can have on your life. [7] [8]