I. What is a chronic respiratory disorder?

What is a chronic respiratory disorder?

Asthma is an incurable condition in which your airways narrow, swell, and produce extra mucus. Asthma makes it difficult to breathe and can cause shortness of breath, coughing, and wheezing. Genetics, air pollutants, physical activity, stress, and allergens can cause asthma. [1] If symptoms are not regulated with medications like Pulmicort, an asthma attack can occur. An asthma attack occurs when the airways become inflamed and swollen, causing severe shortness of breath. 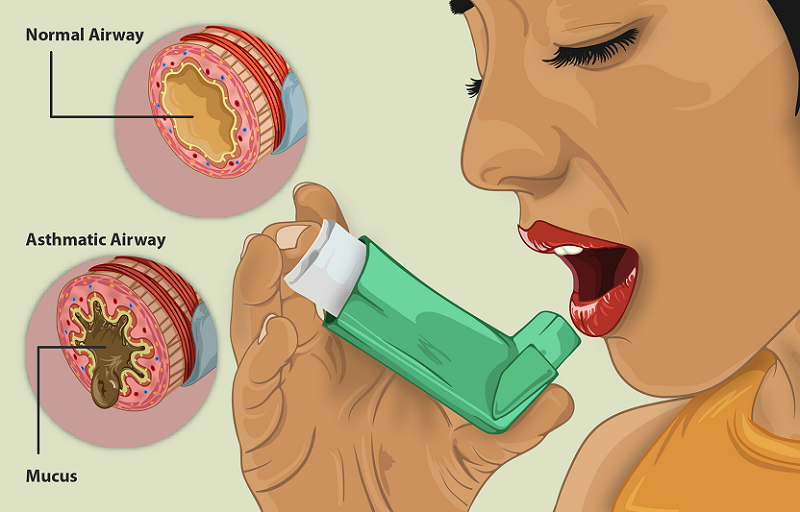 Strenuous exercise can cause the airways in the lungs to constrict (exercise-induced bronchoconstriction). Around 90 percent of asthma patients experience exercise-induced asthma. Those who suffer this side effect of asthma can often remain active with the proper asthma medications. Visiting the doctor may be necessary if wheezing or tightness in the chest persists with physical activity. [2]

Allergies and asthma often occur together. Substances such as pet dander, dust mites, and pollen can lead to allergy-induced asthma. Allergic reactions begin when your body identifies a substance like a cat’s dander as an invader. This response leads to allergy symptoms such as congestion, itchy eyes, and a runny nose. When asthma is also involved, wheezing, coughing, and chest tightness follows these allergy symptoms. 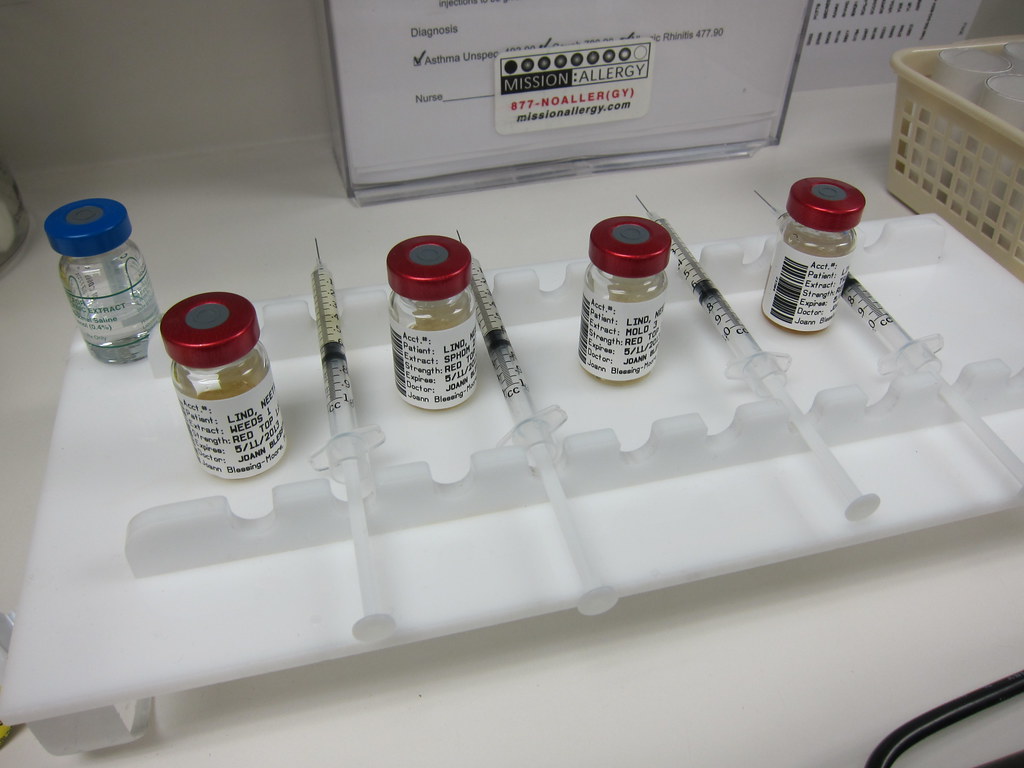 Diagnoses of asthma often occur in early childhood, but in some cases, it can happen when certain substances come in contact with the lungs. Irritants such as smoke, chlorine, and ammonia can induce Reactive Airways Dysfunction Syndrome (RADS). Depending on the length of exposure and several other factors, this type of asthma can develop immediately or several hours after exposure. Preventing exposure to these substances and the use of masks or respirators can reduce a worker’s risk of RADS. [3]

Inhalers are the most common type of medicine used to treat asthma symptoms. Inhaled corticosteroids reduce inflammations of the airways. Some common inhalers include Pulmicort (generic version is budesonide respules) as well as Flovent. [4]

Treatments like allergy shots (immunotherapy) and leukotriene modifiers treat both asthma and allergy at once. Medications such as Singulair, and its generic version montelukast, block leukotrienes which cause the narrowing of the lung’s airways. This medication regulates the body’s immune response to a triggering allergen. Allergy shots involve regular injections of a small amount of a specific allergen that triggers asthma and allergy symptoms. Over a few years, these injections lessen the body’s response to that allergen, reducing allergy-induced asthma symptoms. [5]

Chronic Obstructive Pulmonary Disorder (COPD) is a chronic lung disease that affects over 15 million people in the U.S. Smoking most often causes COPD but can occur in non-smokers as well. Some symptoms of COPD include shortness of breath and a lingering cough. Chronic bronchitis and emphysema are diseases under the more general umbrella term of COPD. [6]

Bronchitis occurs when the bronchial tubes in the lungs become inflamed, causing coughs that bring up mucus. The same viruses in common cold and flu strains often cause acute bronchitis. With proper rest and fluids, this type of bronchitis infection usually improves within several days.

Chronic bronchitis is much more severe and most often caused by smoking. Long term exposures to pollutants, fumes, or dust also cause the disease. This condition causes the bronchial tubes to create a lot of mucus, causing a persistent cough that keeps coming back or never goes away. [7]

There are over 3 million diagnosed cases of emphysema in the United States and is most common in men between 50 and 70. Treatments of emphysema are similar to chronic bronchitis, which includes steroids and oxygen supplementation. Over the counter expectorants like Mucinex and Robitussin are often prescribed to thin and loosen mucus in the lungs. [9]

Bronchodilator inhalers also relieve symptoms by relaxing bronchial muscles. Advair is a popular option, which is a combination of bronchodilator and corticosteroid (an anti-inflammatory drug). [10]

External factors more often cause asthma and COPD, but cystic fibrosis is an inherited disorder. Anyone can have cystic fibrosis, but it is most common in those with Northern European ancestry. Like the other chronic respiratory disorders, symptoms often include wheezing, breathlessness, trouble exercising, and a persistent cough. Doctors in the U.S. screen for cystic fibrosis at birth, so most diagnoses occur quickly. Signs and symptoms differ depending on the severity of the condition. It is not uncommon for someone to not experience symptoms until adolescence or adulthood.

This condition causes severe damage to the lungs, digestive system, and other organs. Normal mucous secretions within the body are usually thin, but the opposite is true with a person affected by cystic fibrosis. The mucus produced within the body is too thick, which plugs up the lungs and various passageways within the body.

Those with cystic fibrosis now have a higher quality of life than in the past. The lifespan of those ranges from the mid 30’s to the mid 50’s. The respiratory complications of those with CF are often unpleasant and can include nasal polyps, respiratory failure, chronic infections, and coughing up blood (hemoptysis). [11]

Cystic fibrosis is incurable, but several treatments ease symptoms and improve quality of life. Airway clearance techniques (ACTs) help clear the mucus and improve lung function. Those with this disease are more susceptible to infections, so proper antibiotics reduce further illnesses. Lung transplants may also be necessary to extend a person’s life. [12]

Like COPD, Interstitial Lung Disease (ILD) is a broad term used to describe a group of conditions that cause scarring (fibrosis) of the lungs. Inhalation of asbestos or silica dust is two common causes of the disease. In more unique cases, certain medicines and prior infections cause ILD. When these factors affect the lungs, the area between the air sacs in the lung is damaged. This damage results in a persistent dry cough and breathlessness, especially during exercise.  The scarring (fibrosis) results in a permanent loss of the tissue’s ability to carry oxygen. [13]

There are several types of ILD, and the symptoms are similar to other chronic lung illnesses. Once diagnosed with an ILD, treatments vary on the severity of the scarring and symptoms. Corticosteroid medications are also used to treat ILD’s as well as antacids to reduce acid reflux. Gastroesophageal reflux disease (GERD) usually affects those with specific ILD, and antacids help prevent further lung damage. Oxygen therapy and breathing exercises help improve daily functioning. Lung surgeries and transplants are also common if the condition worsens. [14]