III. The brain and Alzheimer's

Alzheimer’s disease is a prevalent memory disorder that affects one in three seniors. Alzheimer’s disease affects 5.6 million people 65 or older and 200,000 individuals under 65. Alzheimer’s results in memory loss but can also lead to disability and poor health. This condition takes its toll on the patient as well as their caregivers. The Alzheimer’s Association reports 18.5 billion hours of care are provided by family and other unpaid caregivers to Alzheimer’s patients. [1]

Alzheimer’s is a progressive disorder that causes brain cells to waste away and die. No treatment can cure Alzheimer’s, but several medications like Aricept (Donepezil) are available to help control symptoms. Read on to learn more about the symptoms and treatment of Alzheimer’s.

Alzheimer’s is the most common form of dementia. Memory loss is the key symptom of this disease, and the ability to remember simple events becomes more and more difficult as the condition worsens. All aspects of a person’s personality and cognitive skills can be affected. Alzheimer’s can lead to growing trouble with:

All people have an occasional memory lapse, but Alzheimer’s related memory loss is much more prevalent and affects the ability to function at work or home. People with the disease may forget conversations, appointments, or events. Alzheimer’s patients may get lost in familiar places and eventually forget the names of family members and everyday objects. The degree of memory loss depends on the severity and stage of the illness.

b. Thinking and reasoning

Difficulty in concentrating and thinking is common with Alzheimer’s. Multitasking can be near to impossible and may progress to an inability to recognize and deal with numbers. Alzheimer’s also affects how a person makes decisions. A person may make poor choices in social interactions or wear inappropriate clothes for the weather.

Alzheimer’s patients may no longer be able to plan or cook a meal. The ability to plan outings and follow sequential events is affected as the disease progresses. Friends and family may notice that their loved ones with memory loss may stop bathing and grooming themselves correctly as well. 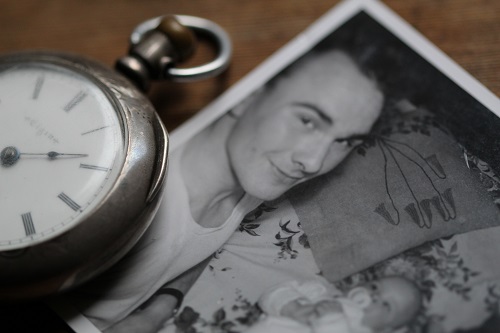 Mood and behavior changes come standard with this condition. A person may start to act in a way that is unlike their usual character. Alzheimer’s patients may begin to withdraw socially and show distrust in others. They can become irritable and experience apathy and depression.

Patients often lose interest in their favorite hobbies. They can lose the ability to read, tell stories, dance, and listen to music. Every person with this disease is affected differently, but preserved skills are usually diminished in the later stages of Alzheimer’s.

The brain and Alzheimer’s

Damage in the brain begins about a year before symptoms become apparent. The damage starts in the region of the brain that controls memory, which is usually the first sign of the disease. Once the damage starts, the loss of neurons begins to spread to other regions of the brain. By the time the disease reaches its later stages, the brain has shrunk in size.

Researchers are concerned with two proteins that lead to the progression of the disease:

Neurofibrillary tangles: These tangles are accumulations of a protein called tau that collects inside neurons. In healthy neurons, tau stabilizes microtubules in the brain. In Alzheimer’s disease, these taus detach and stick to other tau molecules that form threads or tangles. These tangles then block the transport of neurons, which affects the communication between brain cells.

As the disease progresses, more and more neurons in the brain are injured and die. The connection between the neuron network breaks down, and the brain continues to shrink, inhibiting cognitive and physical function. In the late stages of Alzheimer’s, the brain begins to atrophy, which eventually results in death. [3] 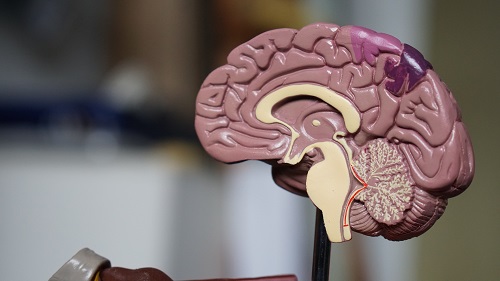 Alzheimer’s is a silent disease and hard to detect at first. In all cases, the disease disrupts the work of brain cells causes a series of toxic neurological events. There is no specific cause for Alzheimer’s, but it can occur due to a combination of genetic, lifestyle, and environmental factors.

Like many diseases, your risk of developing the illness is higher if your parent or sibling has the disease. The genetic factors related to Alzheimer’s are complex, but scientists say that a variation of the APOE e4 gene increases a person’s risk of development. Mutations in specific genes can guarantee Alzheimer’s, but this mutation only accounts for one percent of those with the disease.

Alzheimer’s is not a normal part of the aging process, but the likelihood of developing this illness increases with age.  A person’s risk of developing this condition doubles every five years after the age of 65. The brain ages like every part of the body, so the older you get, the more likely it is that your brain will experience some complication.

There is strong evidence that links the health of the brain to the health of the heart. A well-functioning heart is required for the proper amount of blood flow to reach the brain. If you have a pre-existing condition like heart disease, diabetes, stroke, high blood pressure, and high cholesterol, you are at a greater risk for Alzheimer’s. If the blood vessels are affected by these conditions, then the brain could develop the plaques and tangles that lead to brain and memory damage. [4] 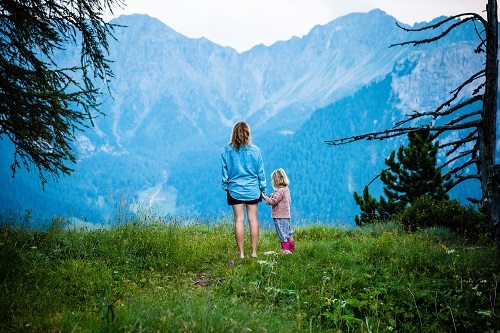 Alzheimer’s cannot be fully cured, but several treatments can temporarily improve symptoms of memory loss and cognitive problems. The function of the drugs does not stop the underlying decline and death of the brain cells, but they can boost the performance of chemicals in the brain that transmits information.

For more severe stages of Alzheimer’s, memantine medications like Namenda are commonly prescribed. These medications improve memory, reason, language, attention, and the ability to perform simple tasks. This medication works by regulating glutamate, which is a chemical involved in the process of information storage and retrieval.  Some patients can take a combination of Namenda and Aricept, depending on the severity of a patient’s condition. [5]

If you are diagnosed with Alzheimer’s, there are several things you can do to make everyday activities easier on you and your loved ones. It is crucial to create a safe and supportive environment so an Alzheimer’s patient can strengthen their routine habits. Friends and families of patients can keep medications in a secure location, arrange for finances to be automatic, and remove excess furniture and clutter to make it easier for patients to get around.

Caregivers can also put up calendars or whiteboards in the home to track daily schedules. If Alzheimer’s is more severe, a caregiver can place identification or a bracelet on the patient to make sure they are properly identified if they happen to wander off or get lost. [6] 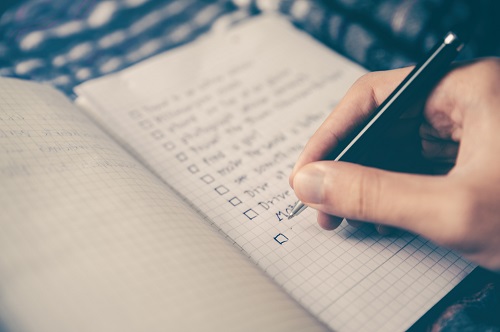 There are no proven prevention strategies for Alzheimer’s, but there are several ways to ensure a healthier life. A healthy body and mind in a person’s younger years most definitely improve the likelihood that you will remain healthy in your later years. To stay healthy, you can: